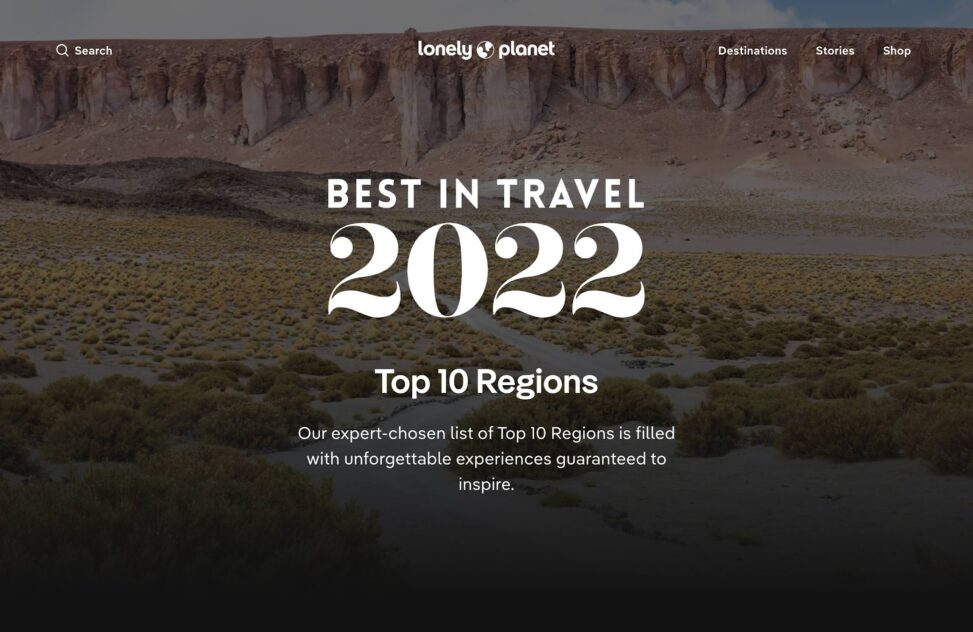 Best Regions to Visit in 2022 | Best in Travel – Lonely Planet

Get off the main tourist trails and discover examples of the country’s honne, or the private face that few foreigners are privileged to glimpse unless they take a few detours. On Shikoku, a real sense of community can be explored on an ancient Buddhist pilgrimage in a “zero-waste” town and in the remote Iya Valley.

The birthplace of revered ascetic and founder of the Shingon Buddhist sect Kōbō Daishi (774–835), Shikoku (四国) is synonymous with natural beauty and the pursuit of spiritual perfection. It’s home to the 88 Sacred Temples of Shikoku, Japan’s most famous pilgrimage.

In Japan’s feudal past, the island was divided into four regions; hence the name shi (four) and koku (region). Considered remote and isolated for centuries, Shikoku is now easy to access from Honshū via three impressive bridge systems built in the last three decades.

The island’s stunning Iya Valley, rugged Pacific coastline, mountain ranges and gorgeous free-flowing rivers all beckon to be explored with hiking boots, kayaks, surfboards and your own earthly vessel. Your physical incarnation will feast upon the remote temples, historic castles and gardens, excellent regional cuisine and modern pleasures of Tokushima, Kōchi, Matsuyama and Takamatsu. 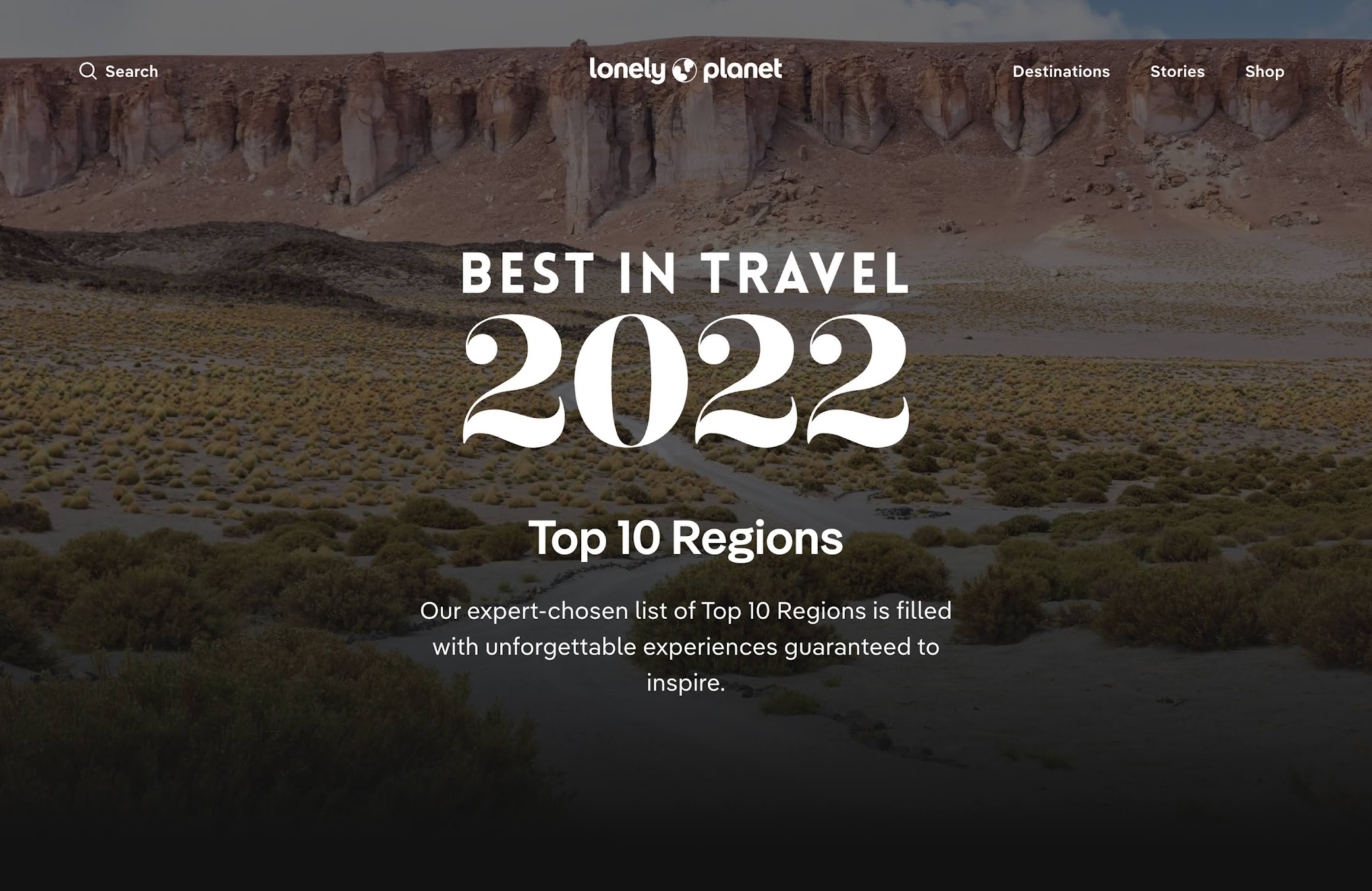 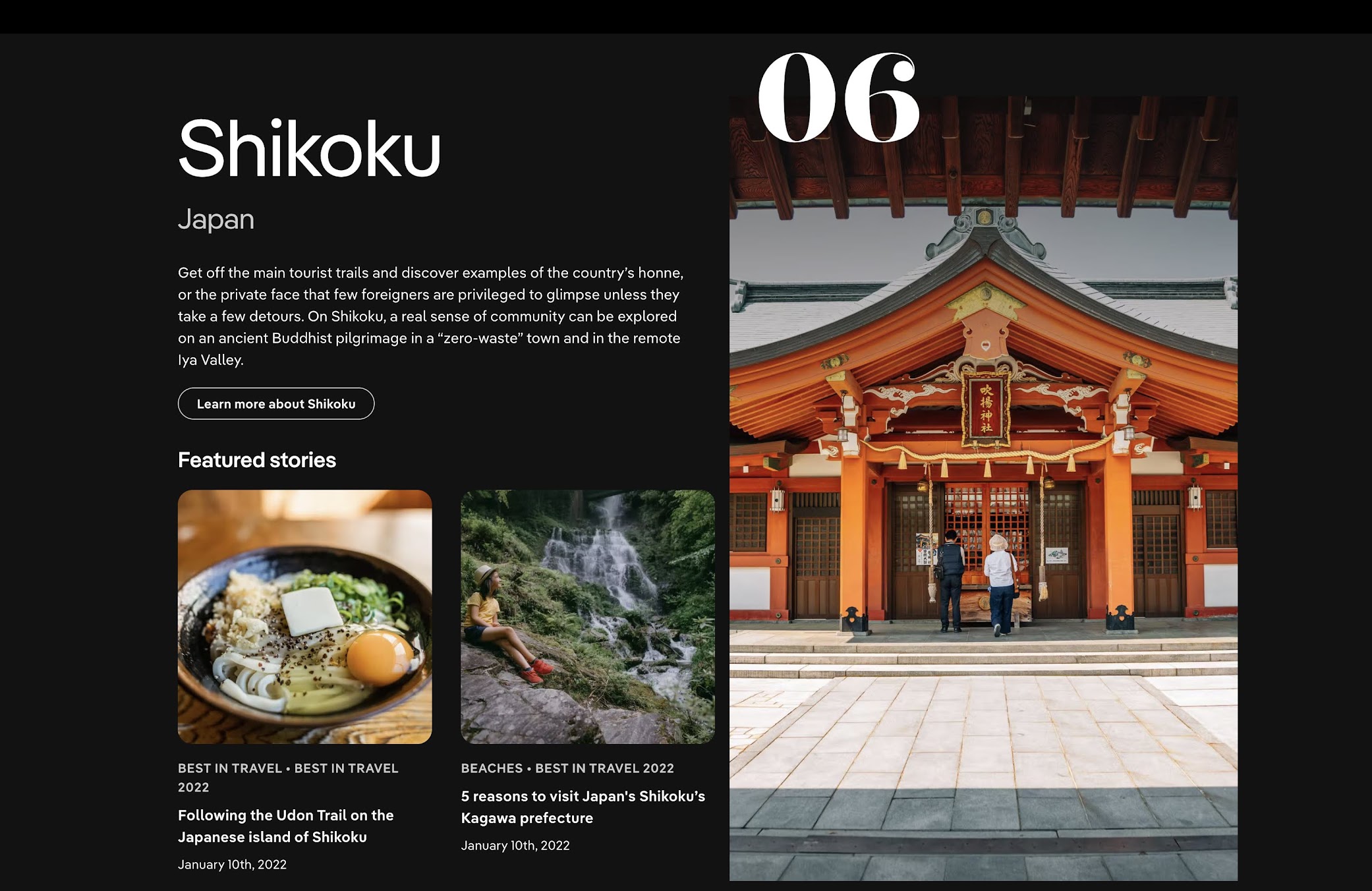 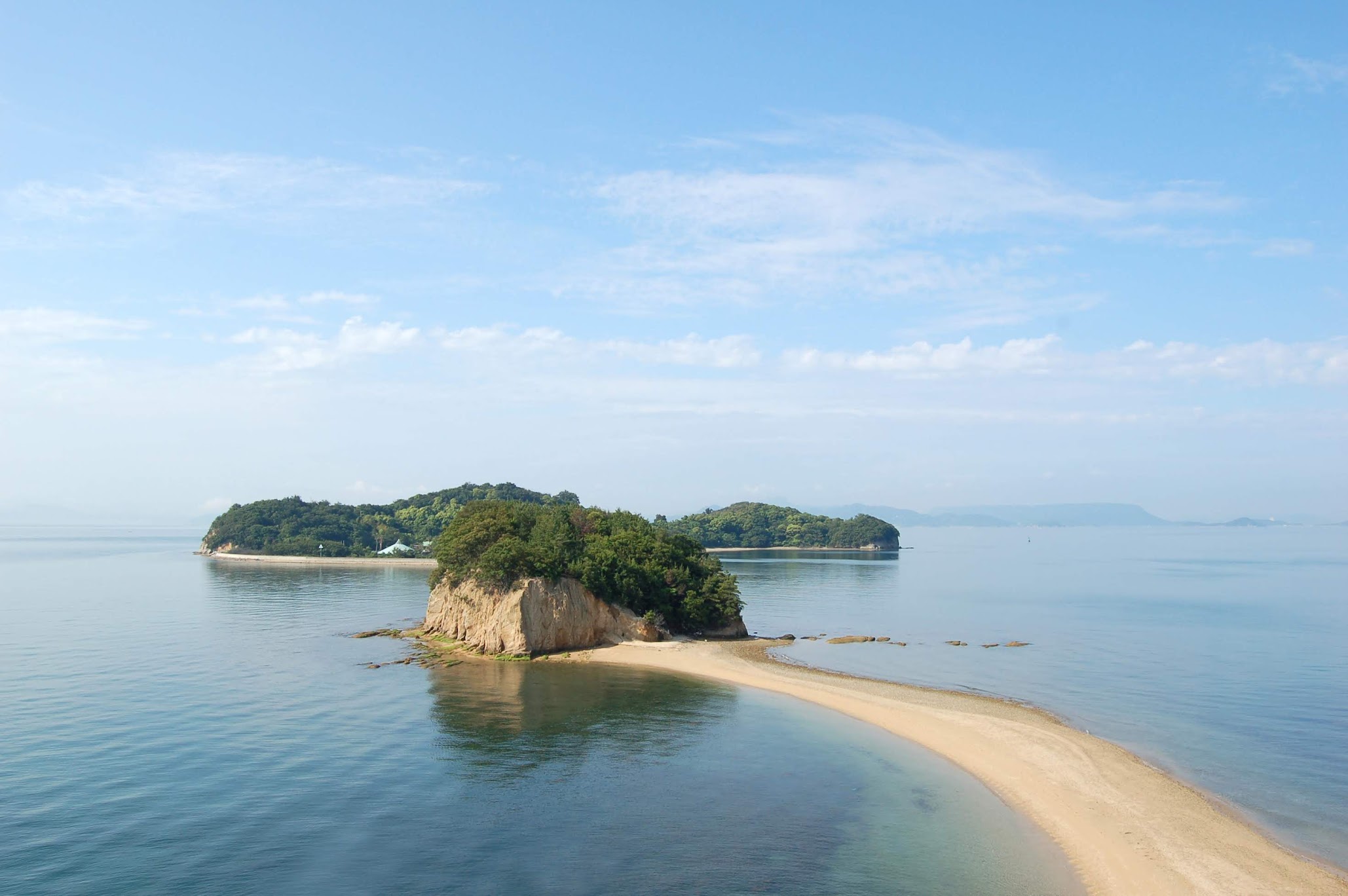 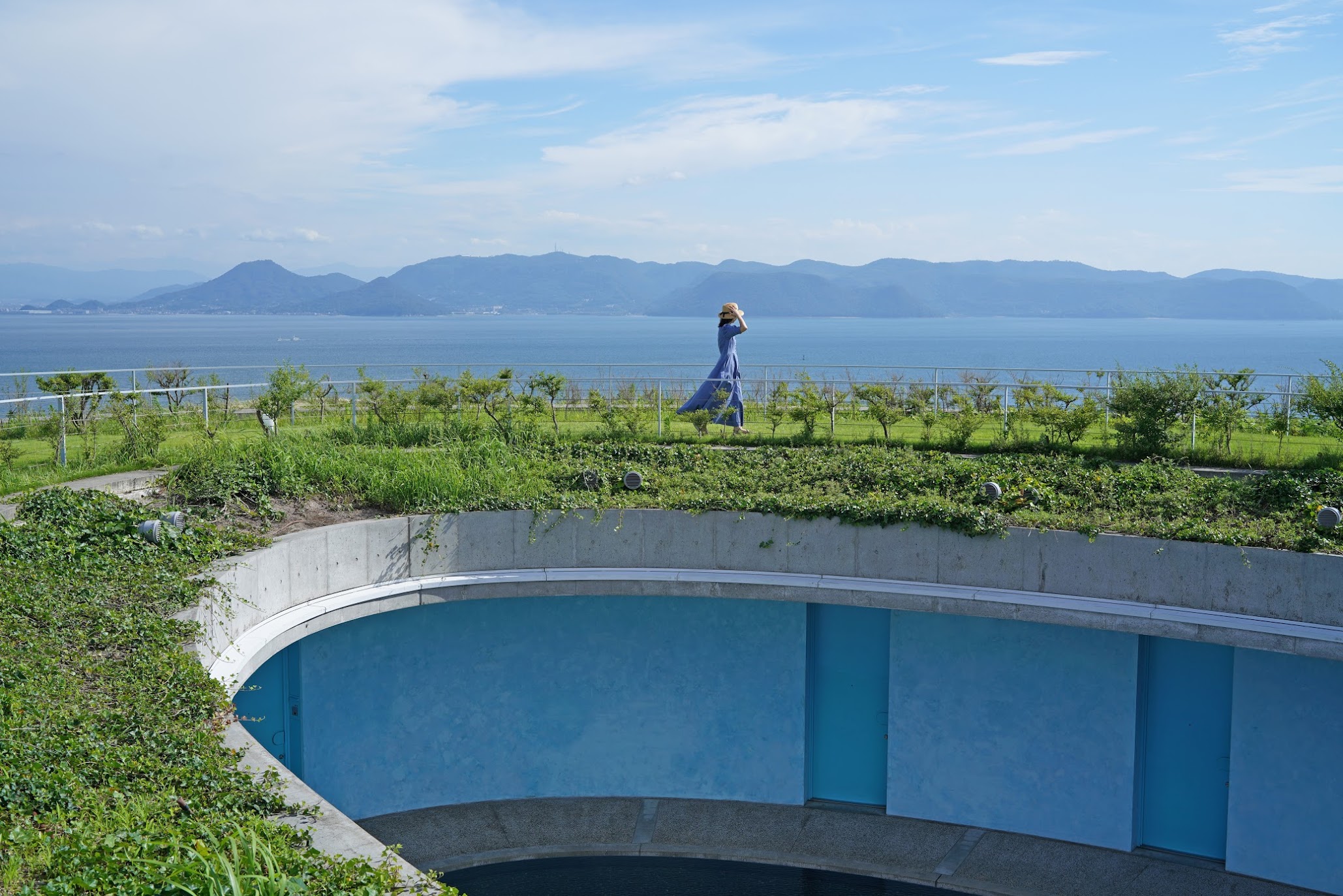 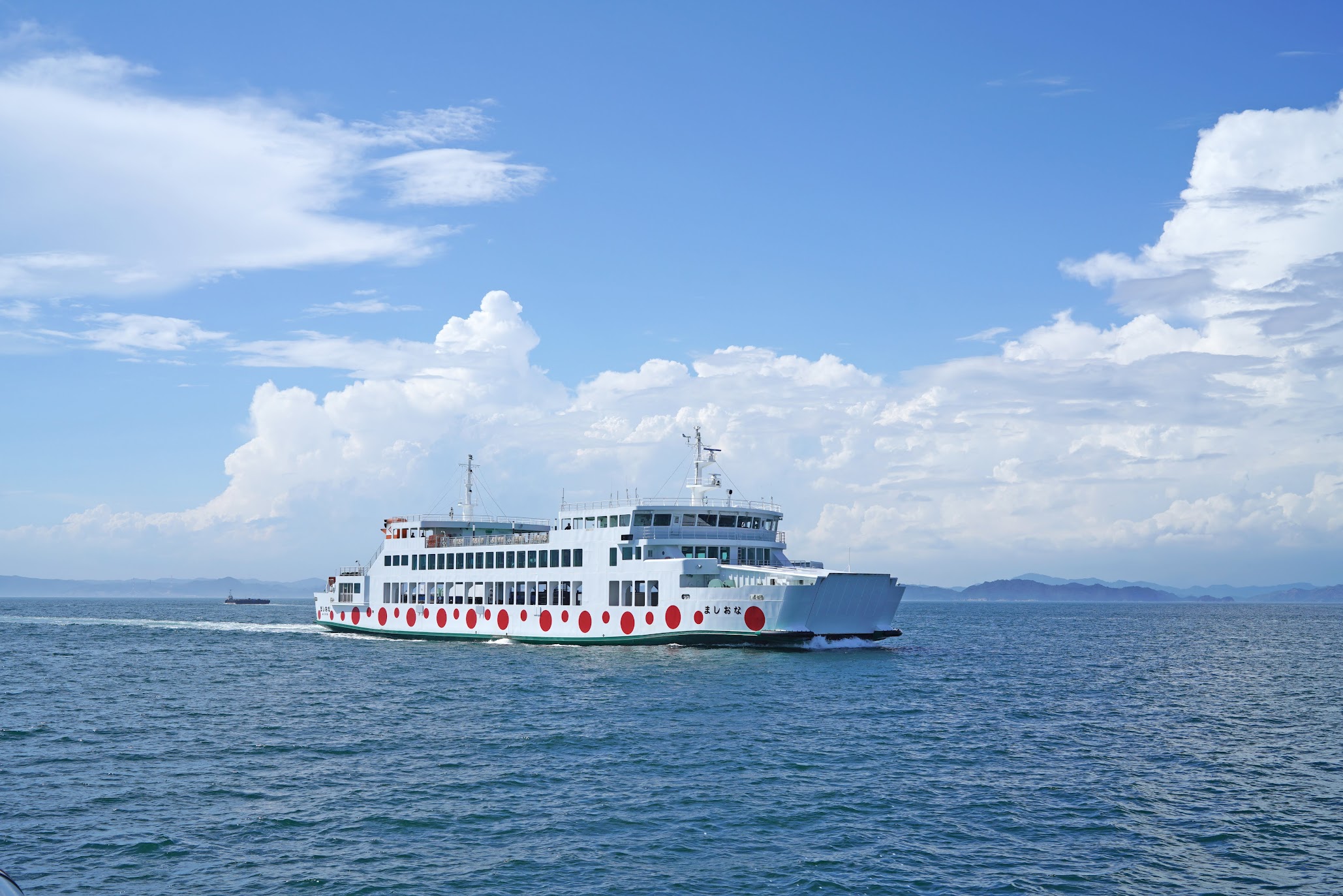 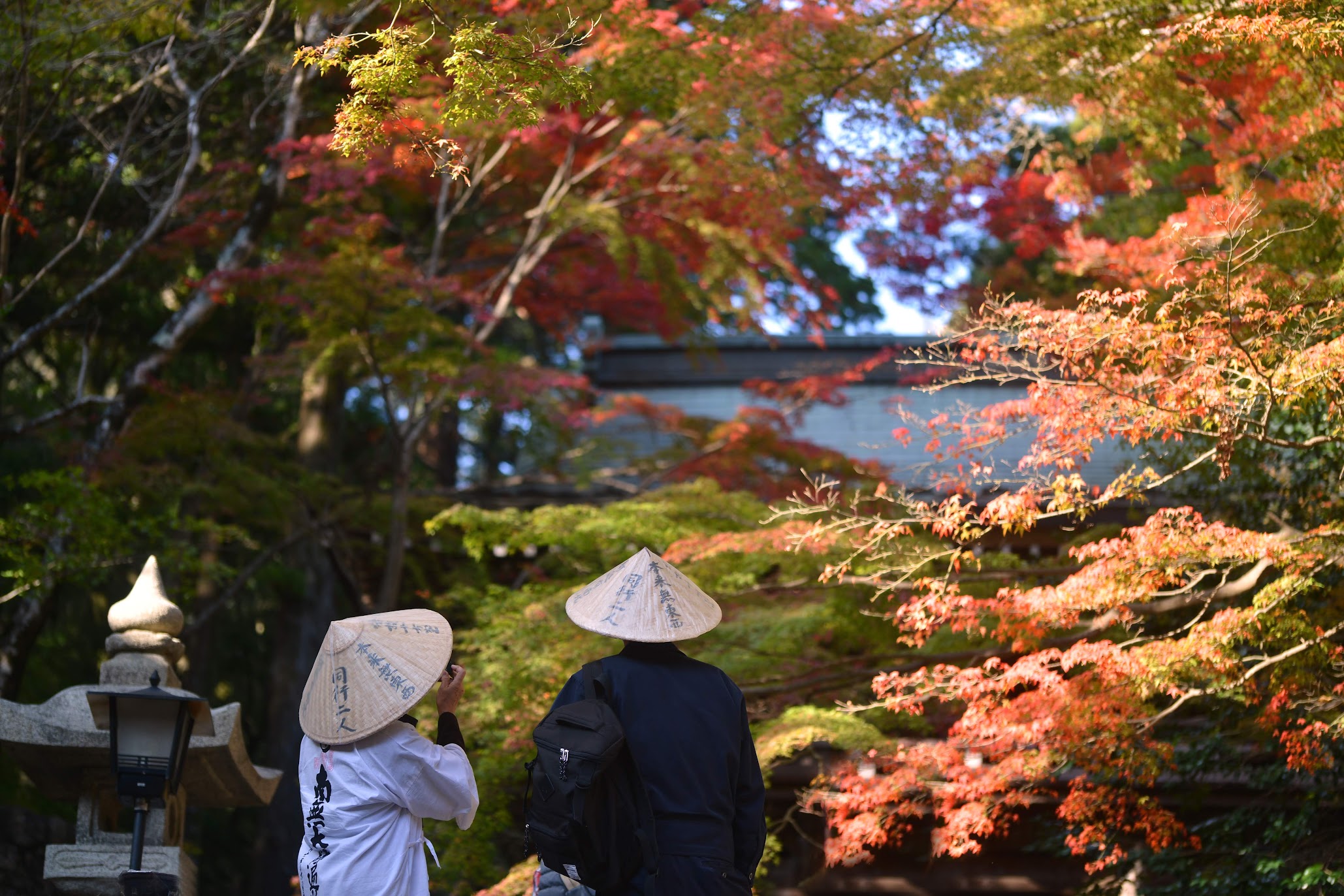 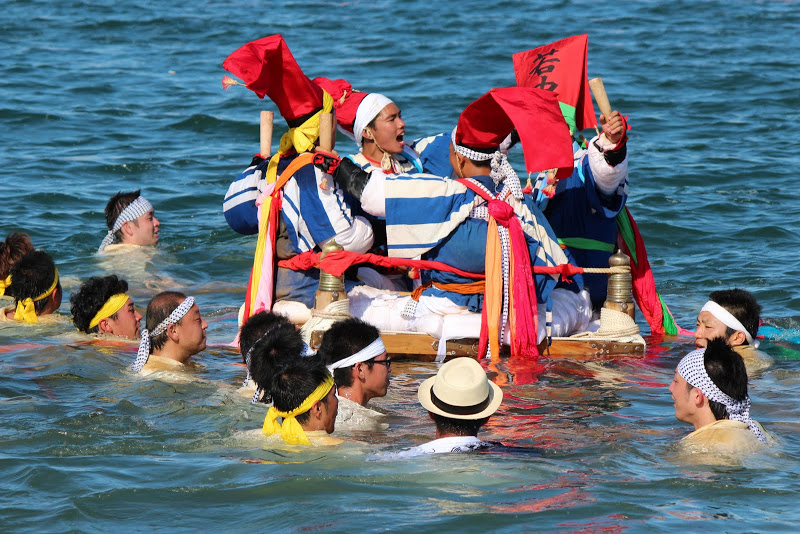 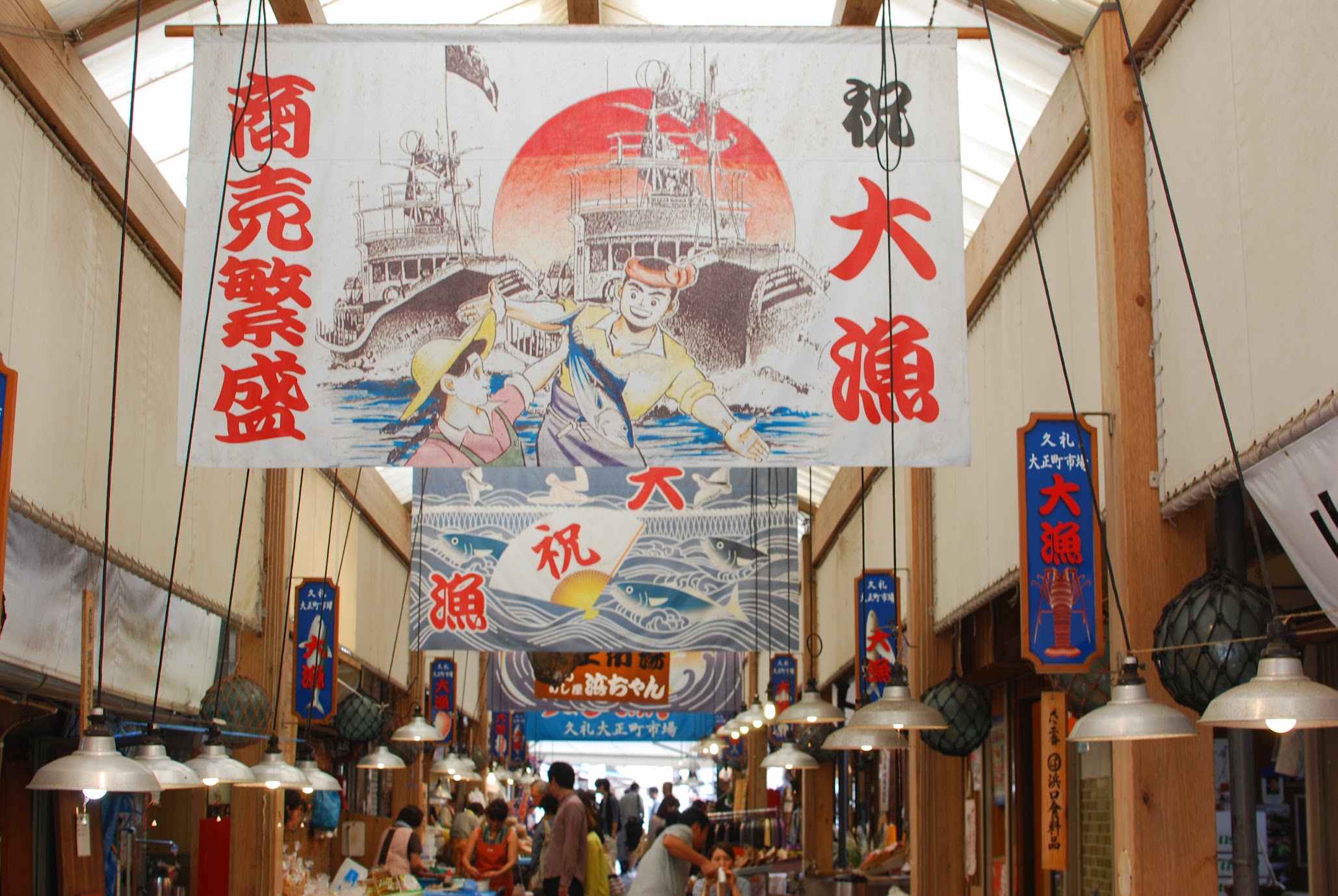 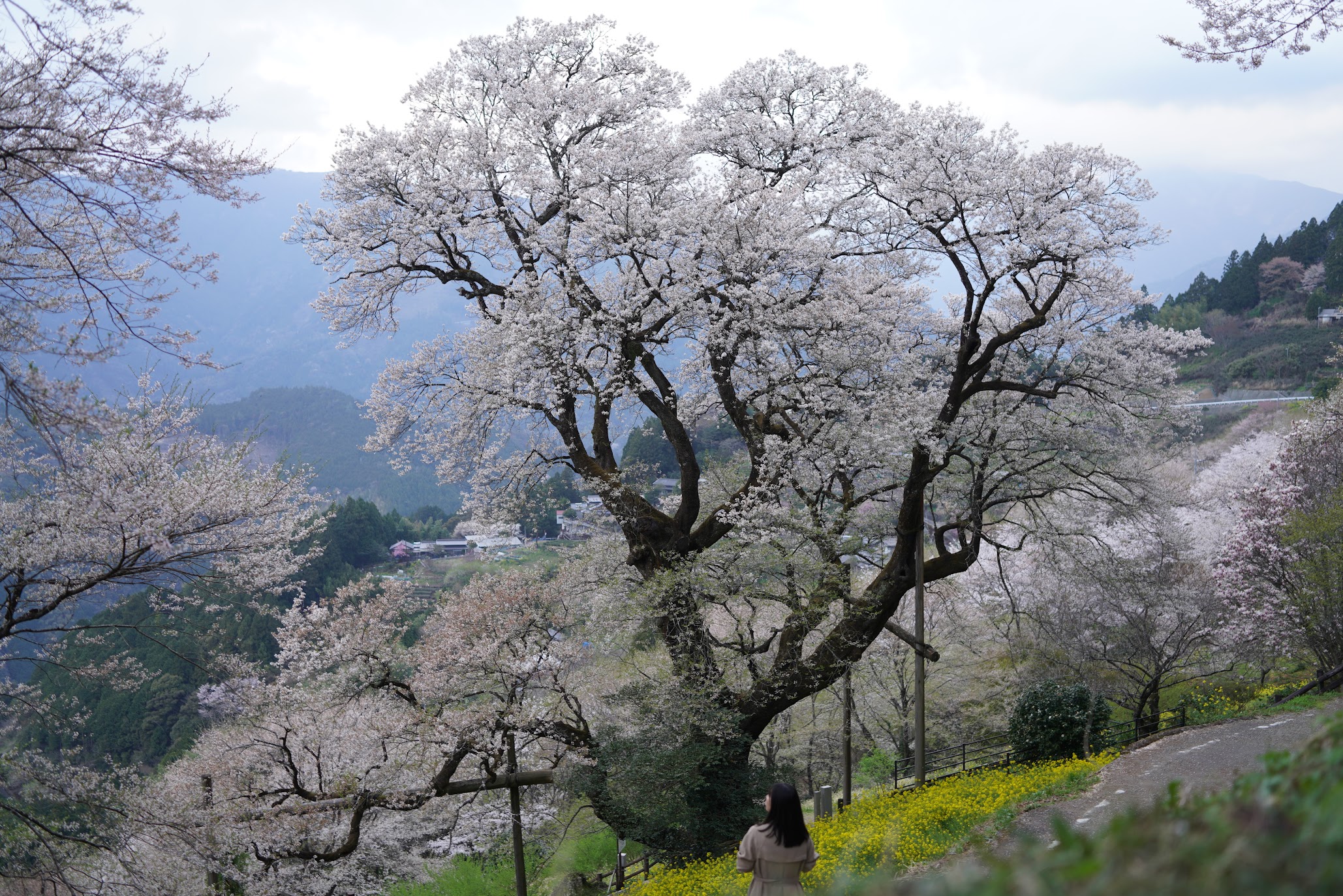 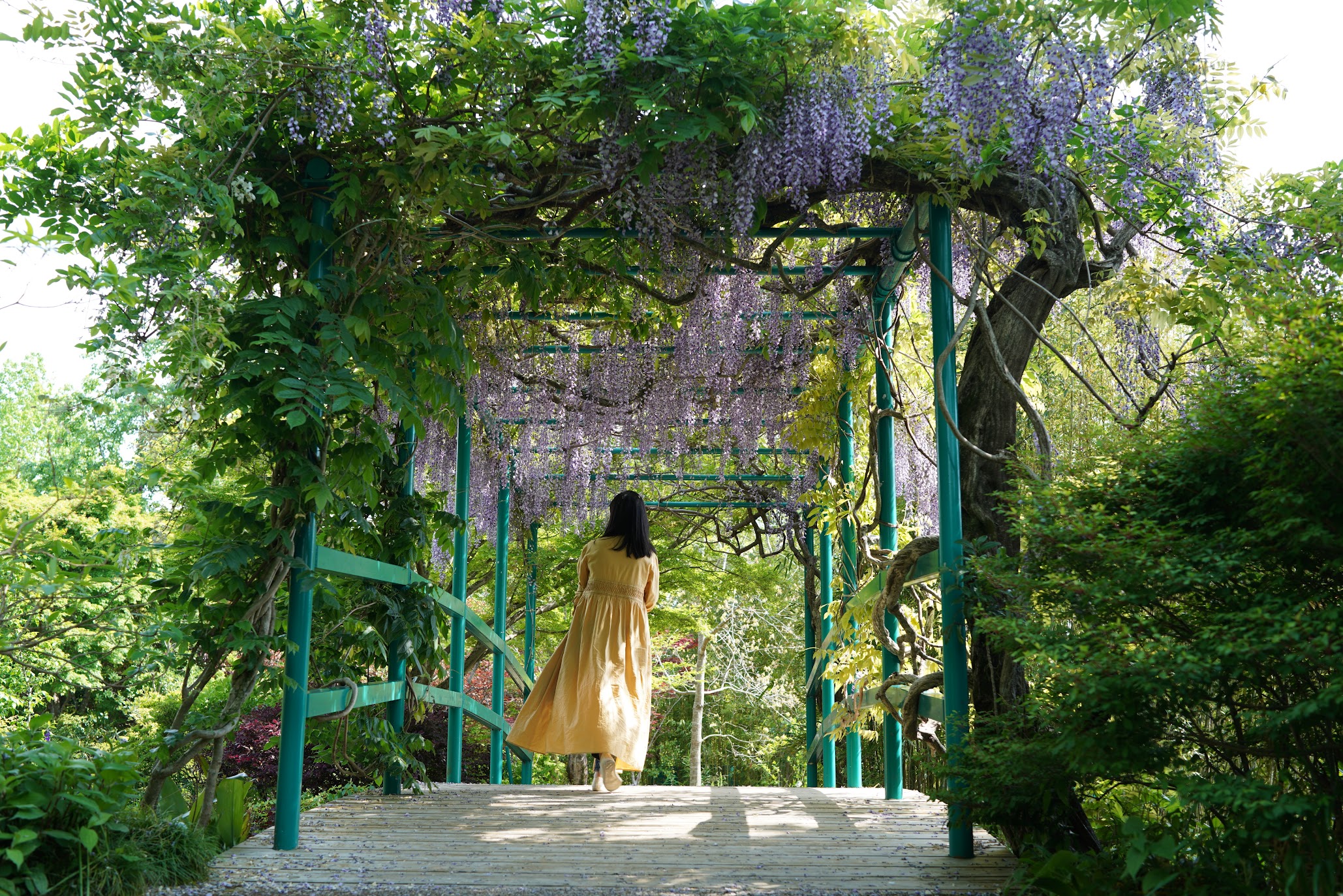 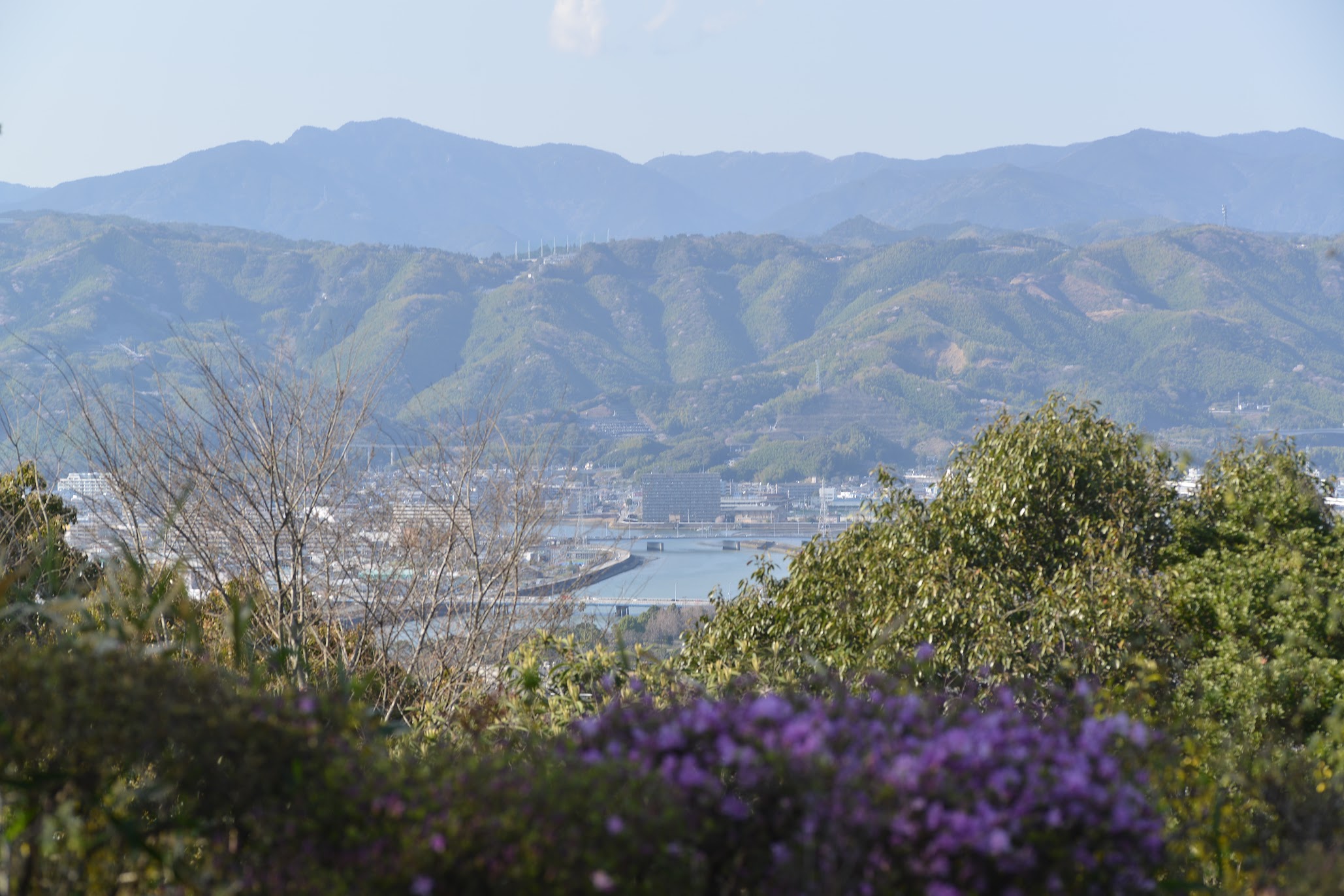 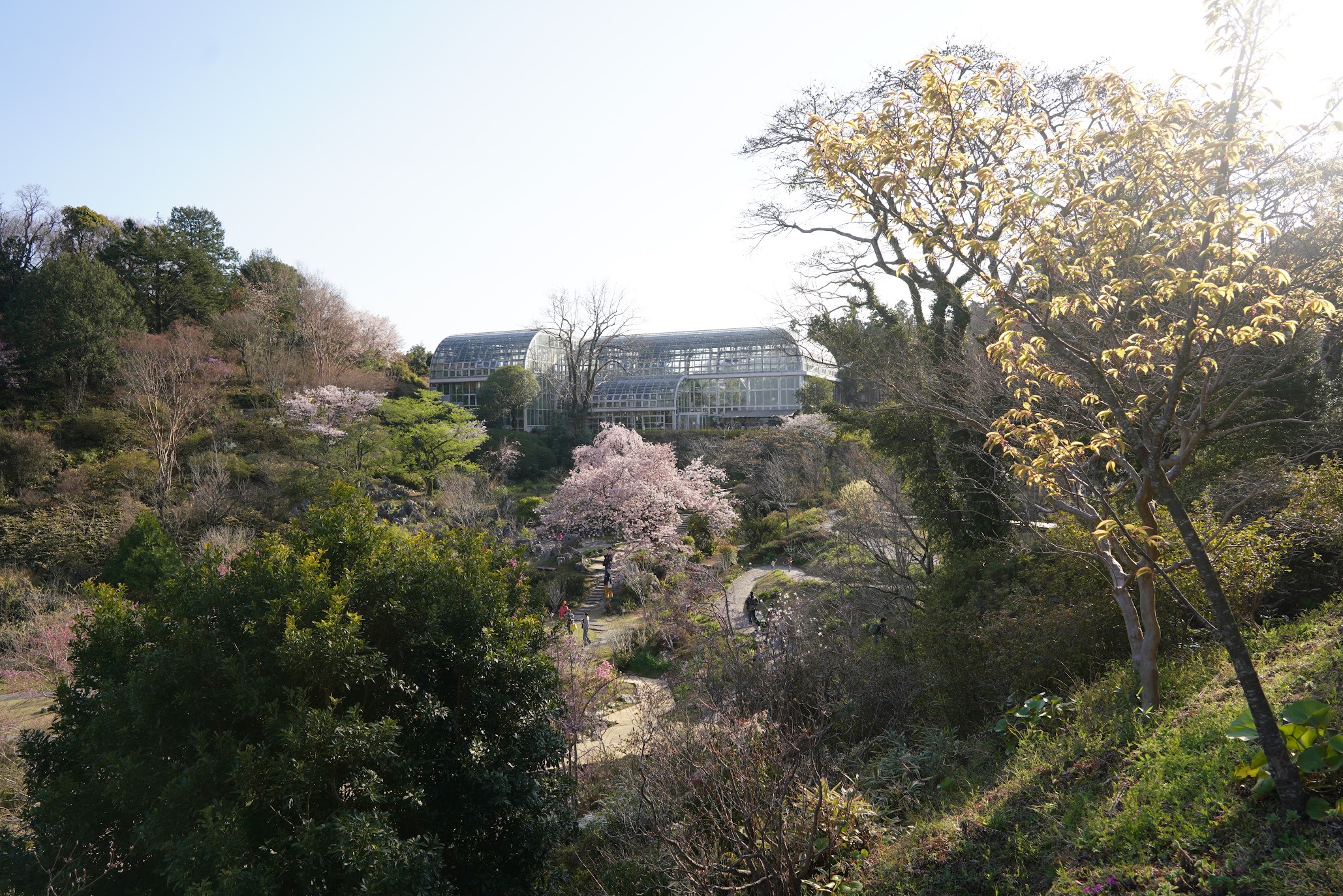 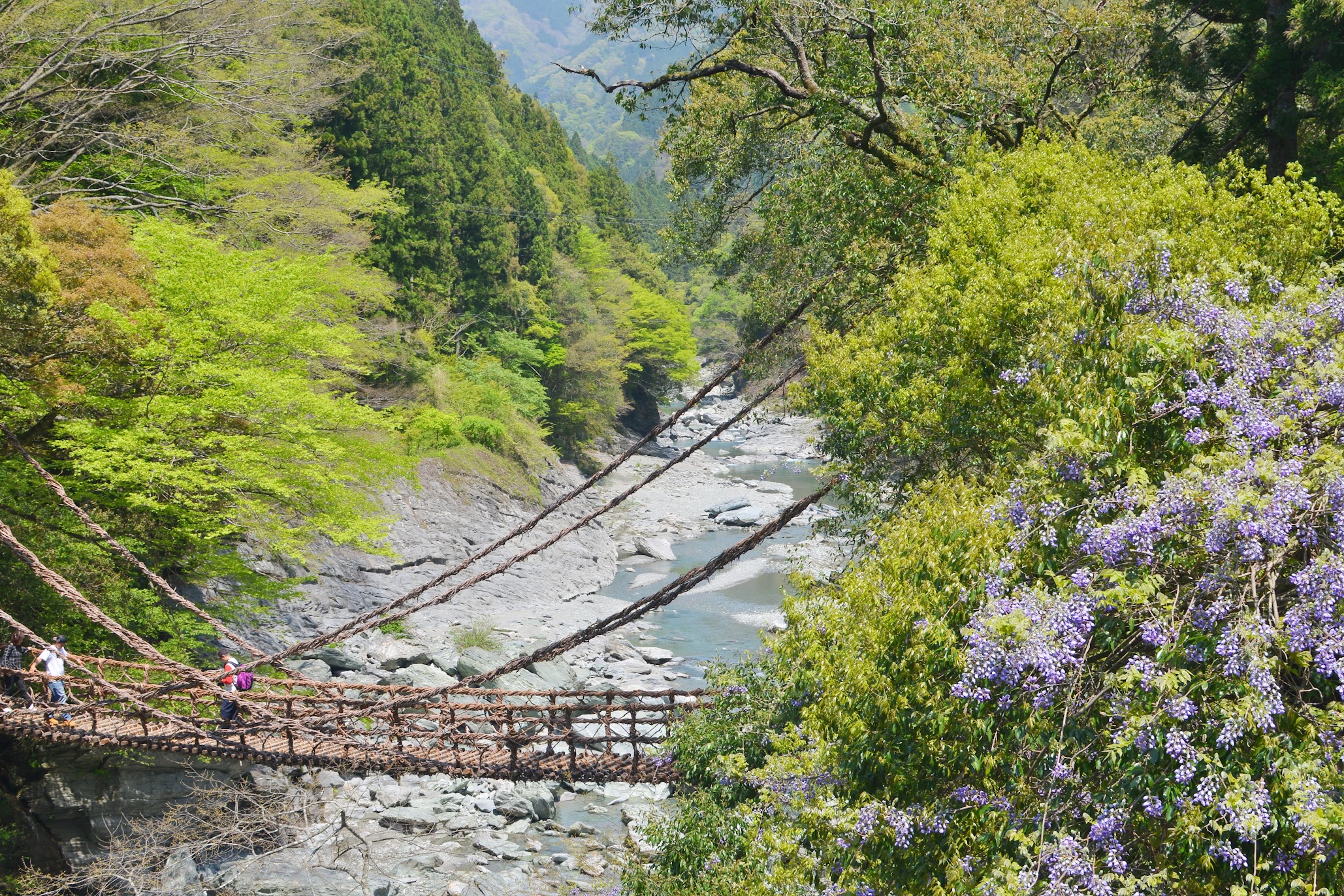 Shikoku
The birthplace of revered ascetic and founder of the Shingon Buddhist sect Kōbō Daishi (774–835), Shikoku (四国) is synonymous with natural beauty and the pursuit of spiritual perfection. It’s home to the 88 Sacred Temples of Shikoku, Japan’s most famous pilgrimage.

Oku Iya Ni-jū Kazura-bashi
Away from the crowds and tour buses, the spectacular Oku Iya Ni-jū Kazura-bashi are two secluded vine bridges hanging side by side high over the river. Cross one and come back over the other. A self-propelled, two-seated wooden cable-cart is another fun way to cross the river; there’s a small public camping area on the other side. There are also a couple of spots where you can get down to the river and enjoy the serenity.

Konpira-san
Konpira-san or, more formally, Kotohira-gū, was originally a Buddhist and Shintō temple dedicated to the guardian of mariners. It became exclusively a Shintō shrine after the Meiji Restoration.A lot of fuss is made about how strenuous the climb (1368 steps) to the top is, but if you’ve made it this far in Japan, you’ve probably completed a few lengthy ascents to shrines already.

Nagoro
If you’re travelling along Rte 439, it’s not a matter of ‘blink and you’ll miss it’, but blink, and blink again, because you may have a hard time believing your eyes when you hit Nagoro. Those ‘people’ – waiting at the bus stop, gossiping on a porch, toiling in the fields – are life-sized scarecrow-type dolls made by resident Ayano Tsukimi as a way of memorialising former inhabitants of her hometown. Nagoro is 12km west of Oku Iya Ni-jū Kazura-bashi.

Kōchi-jō
Kōchi-jō is one of just a dozen castles in Japan to have survived with its original tenshu-kaku (keep) intact. The castle was originally built during the first decade of the 17th century by Yamanouchi Katsutoyo, who was appointed daimyō by Tokugawa Ieyasu after he fought on the victorious Tokugawa side in the Battle of Sekigahara in 1600. A major fire destroyed much of the original structure in 1727; the castle was largely rebuilt between 1748 and 1753.

Matsuyama-jō
Perched on top of Mt Katsuyama in the centre of town, the castle dominates the city, as it has for centuries. Matsuyama-jō is one of Japan’s finest surviving castles, and one of the very few with anything interesting to peruse inside: the castle has a treasure trove of artefacts with excellent English-language displays. A ropeway (one way/return ¥270/510) is on hand to whisk you up the hill, though there is a pleasant pathway if you prefer to walk.

Temple One: Ryōzen-ji
Ryōzen-ji is Temple One of the 88 Sacred Temples of Shikoku pilgrimage. It is called Temple One because it was the first that temple pilgrims came to after arriving on Shikoku following a visit to Kōya-san in Wakayama Prefecture to ask Kōbō Daishi for his support on their journey. Everything you need is here, from guidebooks (in English too) to pilgrim wear and temple stamp books. Savour the serenity and the history – the pilgrimage has been walked for 1200 years.

Ritsurin-kōen
One of the most beautiful gardens in the country, Ritsurin-kōen dates from the mid-1600s and took more than a century to complete. Designed as a walking garden for the enjoyment of the daimyō (regional lord), the park winds around a series of ponds, tearooms, bridges and islands. To the west, Shiun-zan (Mt Shiun) forms an impressive backdrop to the garden. The classic view of Engetsu-kyō bridge with the mountain in the background is one of the finest in Japan.

Temple 23: Yakuō-ji
The major attraction of Hiwasa, Yakuō-ji, Temple 23, is the last temple in Tokushima Prefecture. Yakuō-ji dates back to the year 726, and is famous as a yakuyoke-no-tera (a temple with special powers to ward off ill fortune during unlucky years). The unluckiest age for men is 42; for women, 33 is the one to watch out for. Kōbō Daishi is said to have visited in 815, the year of his own 42nd birthday.

Temple 75: Zentsū-ji
Zentsū-ji, Temple 75 of the sacred 88, is the largest of the temples – most of the other 87 could fit in its car park. This is where Kōbō Daishi was born, and the temple boasts a magnificent five-storey pagoda and giant camphor trees that are said to date back as far as Daishi’s childhood. The temple is about 1.5km from the JR Zentsuji Station.

・Best things to do in summer in Japan – Lonely Planet