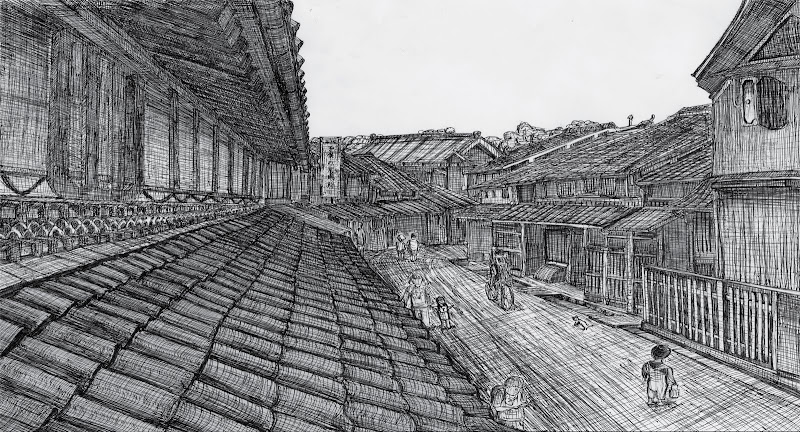 Ground for Children to Learn
A proposal of landscape design for design competition of Japan Architectural Institute;
“A Place for Children”
2001

Generally, a school is in one building, and even if it takes separate-building type, it still has a frame called a campus. Therefore it is closed to the town. In this proposal, the school is designed both as separate type building and in the town. So children can contact with people in the town, when it is in extra lesson or rest time.

The prize-winning work of Architectural Institute of Japan competition which is held every year. In this year, many proposals were made from all over Japan, the theme of this competition beinng “a place for children”. We proposed the school in Gifu Takayama which has historical stocks and is the tourist resort.