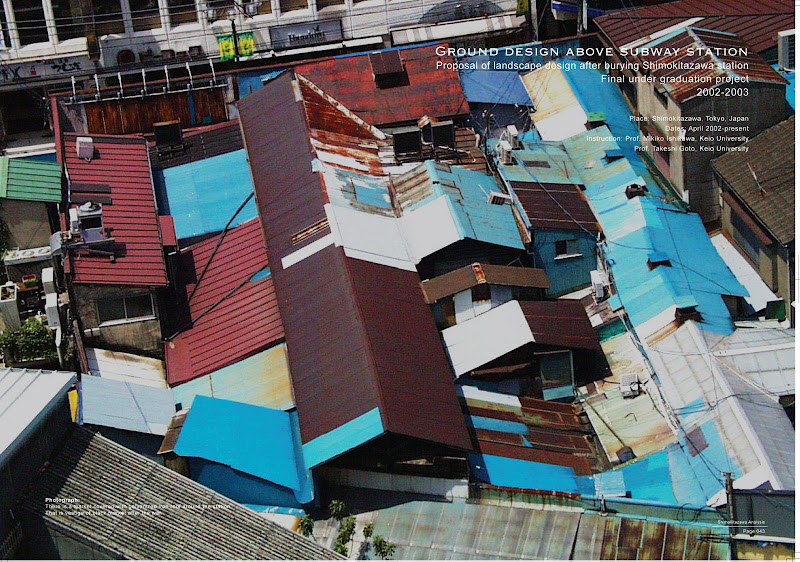 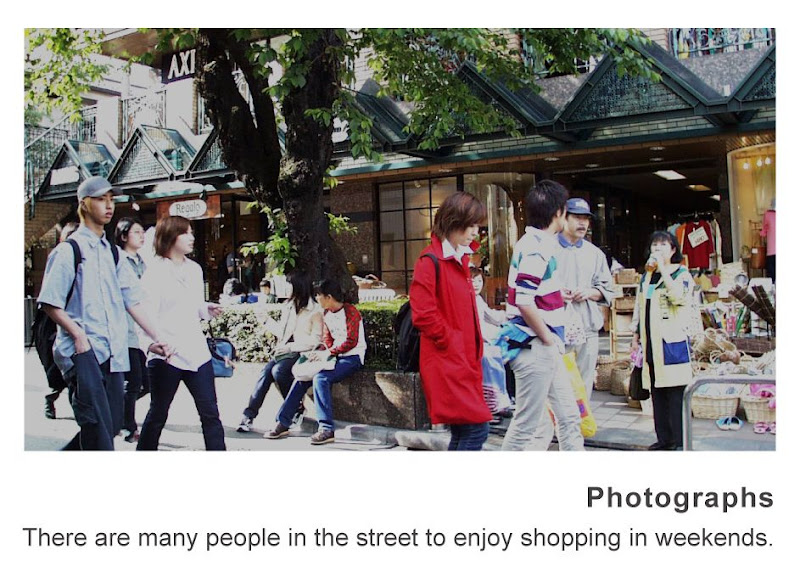 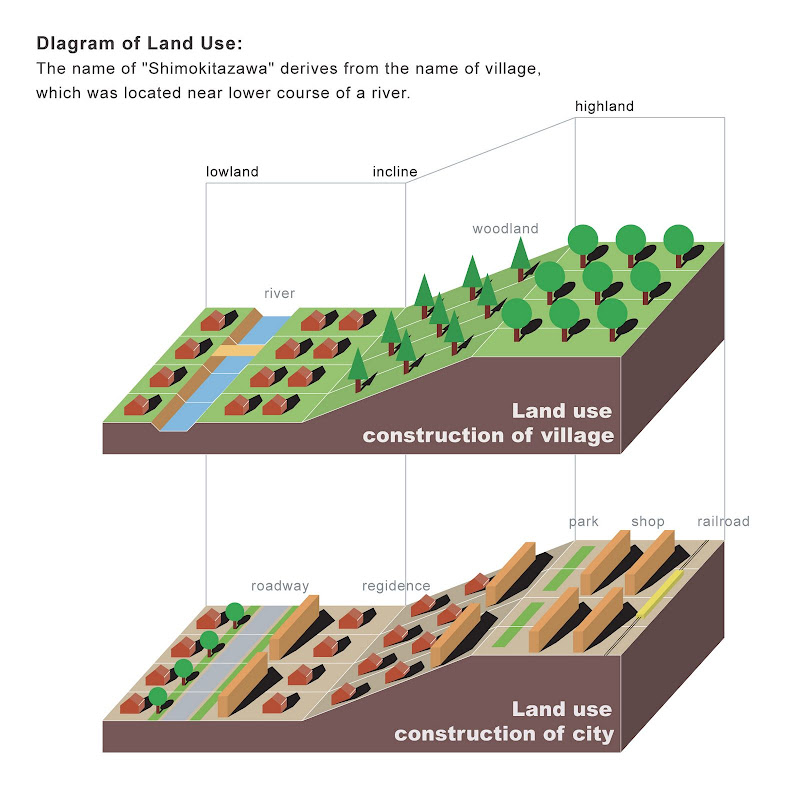 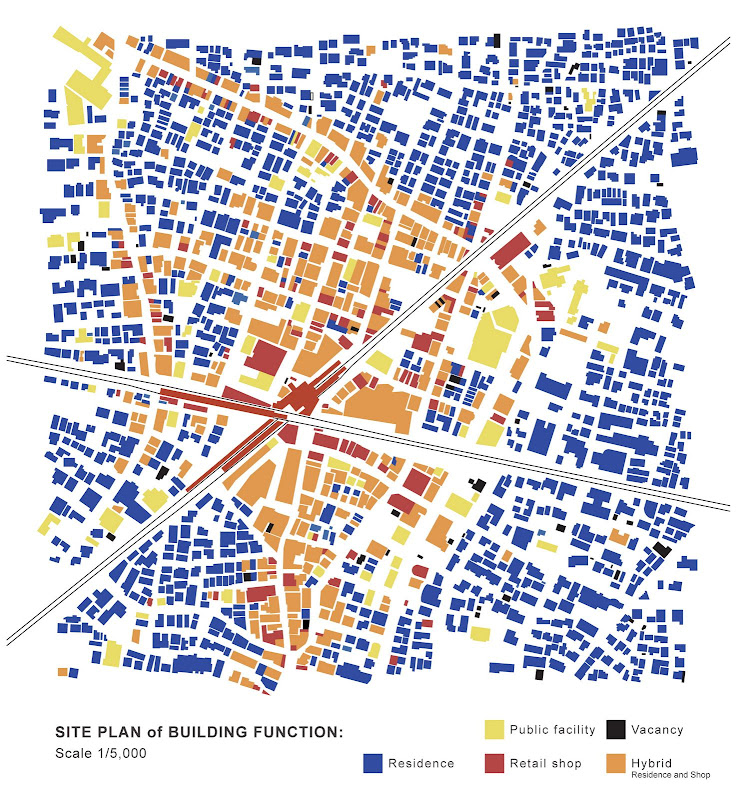 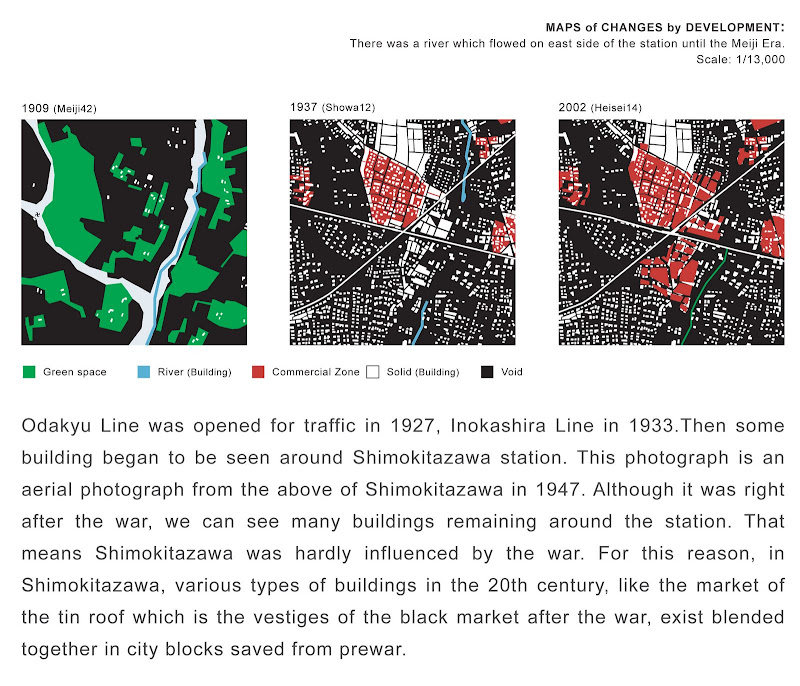 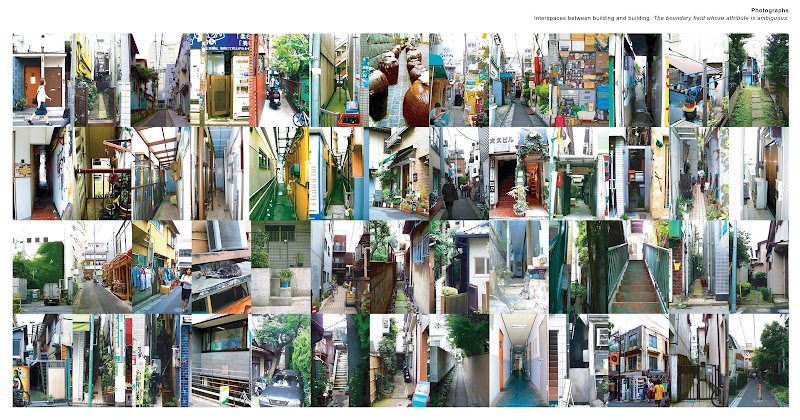 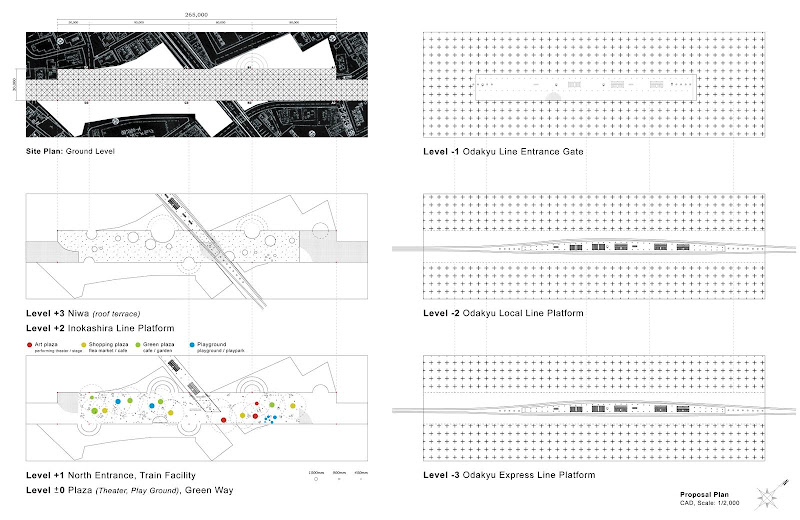 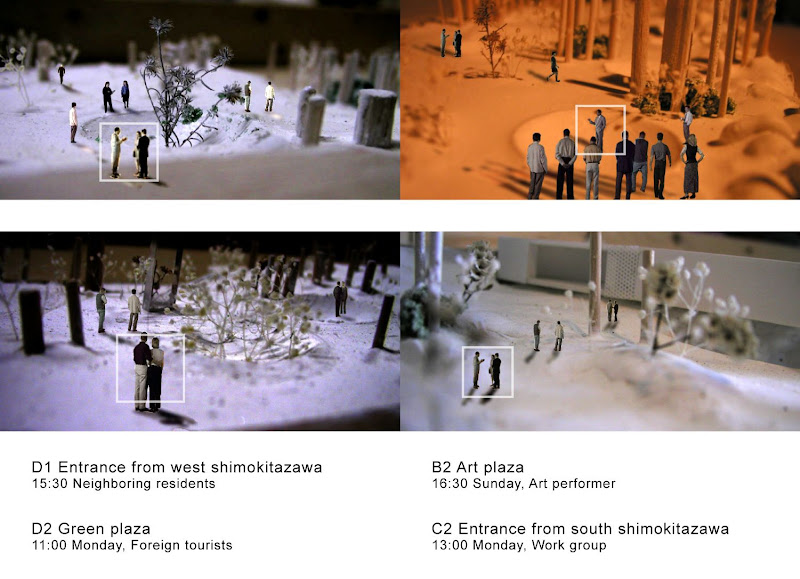 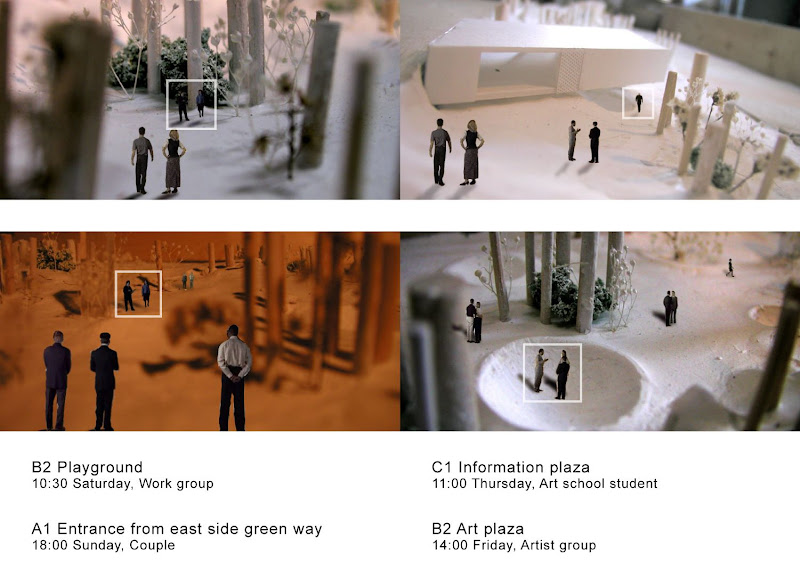 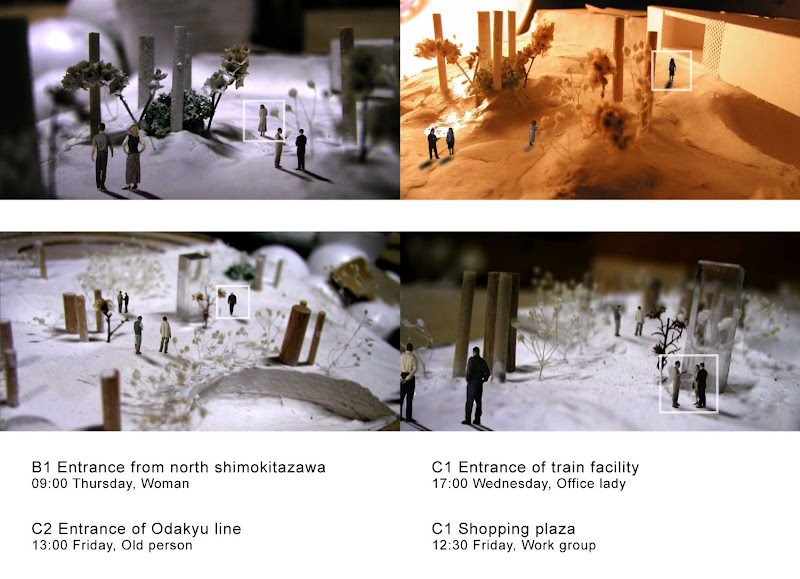 This work is a final project which I started as project of university, and I proposed the open space plan after burying the Odakyu Lines. Shimokitazawa wasn’t told from a viewpoint of architecture or city planning, and there was no large-scale development by large capital until now. In spite of that, Shimokitazawa is so crowded as a shopping town that 132,404 people get on and off in a day. I designed the open space connected to the 2.3km-long greenway, and analyzed the elements of Shimokitazawa-likeness and prosperity.

Odakyu Line was opened for traffic in 1927, Inokashira Line in 1933.Then some building began to be seen around Shimokitazawa station. This photograph is an aerial photograph from the above of Shimokitazawa in 1947. Although it was right after the war, we can see many buildings remaining around the station. That means Shimokitazawa was hardly influenced by the war. For this reason, in Shimokitazawa, various types of buildings in the 20th century, like the market of the tin roof which is the vestiges of the black market after the war, exist blended together in city blocks saved from prewar.