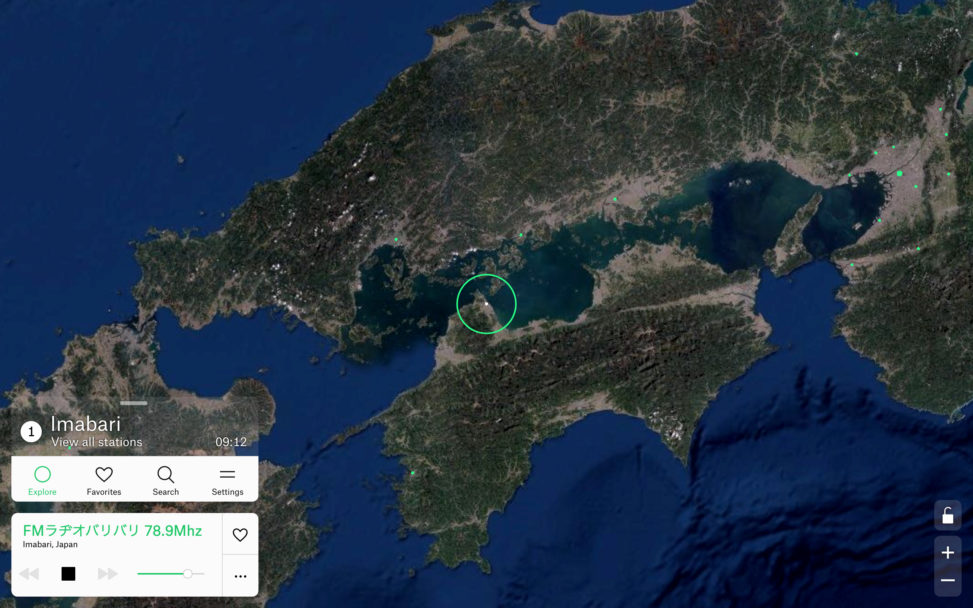 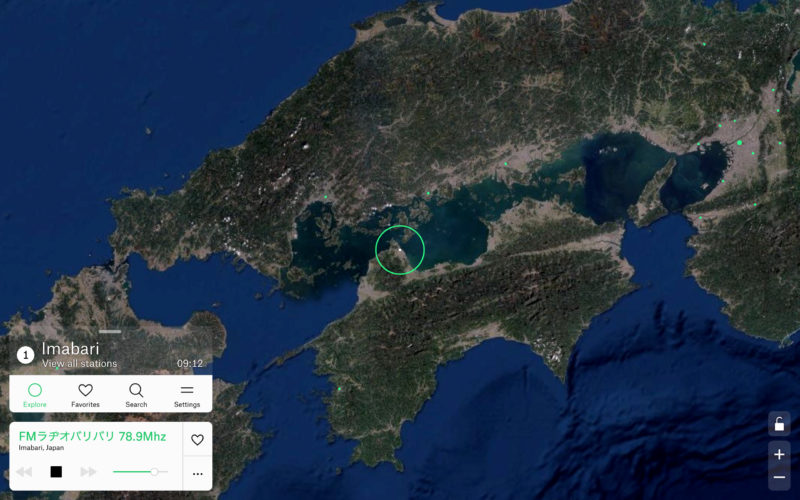 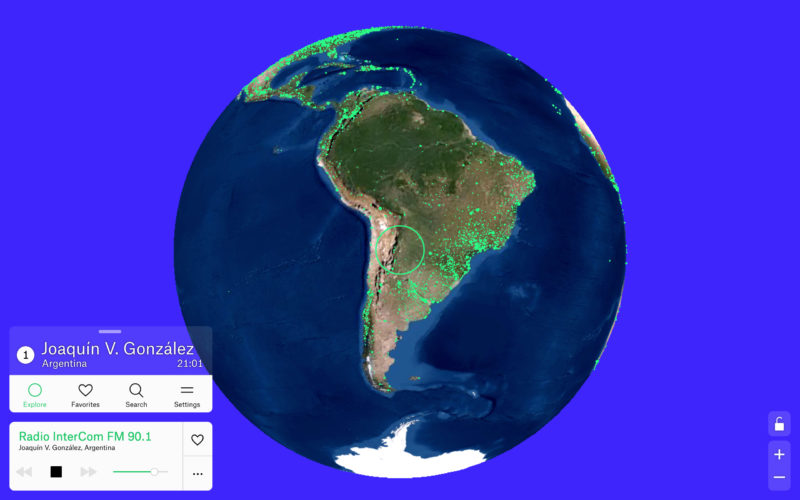 Radio Garden invites you to tune into thousands of live radio stations across the globe.

By bringing distant voices close, radio connects people and places. From its very beginning, radio signals have crossed borders. Radio makers and listeners have imagined both connecting with distant cultures, as well as re-connecting with people from ‘home’ from thousands of miles away.

The Garden
Radio Garden is based in Amsterdam, the Netherlands. Our dedicated team is hard at work tending to the garden on a daily basis. Planting seeds for the future and keeping the weeds at bay.

In 2018 we launched mobile apps for both iOS and Android platforms. In 2019 we introduced the ability for our users to search for their favorite stations and places. In early 2020, we launched a major redesign of Radio Garden. Rebuilt from the ground up as a mobile first experience, it lays the groundwork for future developments.

Origins
Radio Garden started out in 2016 as an exhibition project commissioned by the Netherlands Institute for Sound and Vision in the context of the research project Transnational Radio Encounters. It was created, designed and developed by Studio Puckey & Moniker.

After taking care of the project in the following years, Jonathan Puckey turned Radio Garden into a small independent company in 2019.

Radio Garden allows you to listen to thousands of live radio stations world wide by rotating the globe. Every green dot represents a city or town. Tap on it to tune into the radio stations broadcasting from that city. By adding new radio stations every day and updating ones that no longer work, we hope to give you a smooth international radio listening experience. Don’t worry: the radio will keep playing, even if your phone goes to sleep.

Radio Garden is a non-profit Dutch radio and digital research project developed from 2013 to 2016, by the Netherlands Institute for Sound and Vision (under the supervision of Martin Luther University of Halle-Wittenberg’s Goal Föllmer), by the Transnational Radio Knowledge Platform and five other European universities. It is funded by HERA. According to the service, the idea is to narrow the boundaries from the radio. It gained popularity in 2016 when it surpassed the 8.000 registered station mark and, as announced at The Radio Conference 2016: Transnational Encounters, went viral.

Operation and functionality
The site interface is a three-dimensional geolocation, where the user navigates through a representation of the globe, listening to broadcasts of local radio stations, referring in some way to the technology of shortwave radios, long distances, but in this case the means of propagation of the radio edition is by data packets (streaming). The homepage, titled Live, allows the user to explore the world in real time, listening to what the local radios are broadcasting. To do this, it is just necessary to simply rotate the globe. It also provides information on the country where the signal is being transmitted.

Variety and design
Within Radio Garden, radios are arranged by geolocation and grouped by cities. According to specialized websites, the design is formed by greenish spheres superimposed on the map, which increases in size as the region’s number of broadcasters available. This idea was developed by the German companies Studio Puckey and Studio Moniker in partnership with the Netherlands Institute for Sound and Vision. Radios are available at locations such as Aleppo, Havana, Sri Lanka, London, North Korea, in addition to New York, Lisbon, Moscow, etc.

On 14 March 2020 a new version, with upgraded features, was released.

Interface and conversion
The site adopted the generic .garden Top-level domain, which was originally intended for gardening professionals and, as noted on specialized websites, the interface is all responsive and fits any browser and resolution. For transmission, the signal generated by the broadcaster must be converted from radio to streaming editing. The service depends on an internet connection to function. Supported conversion formats for streaming are MP3, Ogg and AAC.